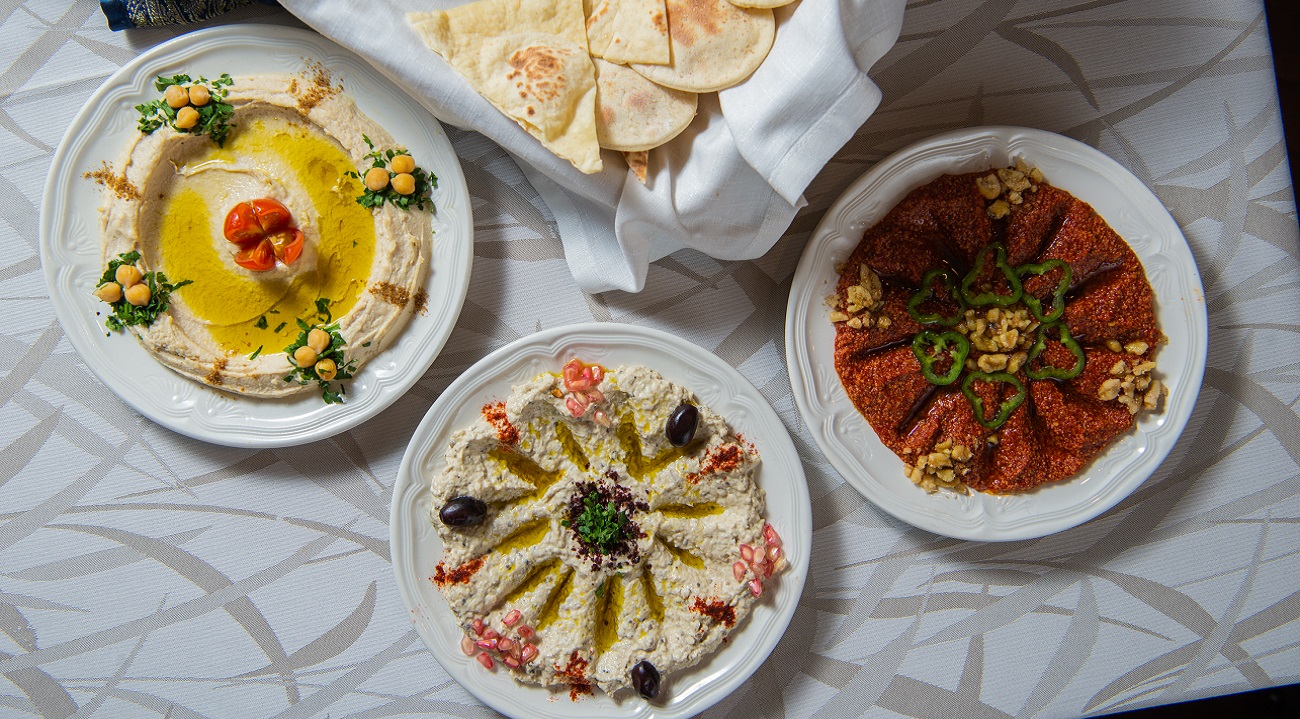 The Arab gastronomy is made up of all the cuisines of the Arab countries: it mixes the exotic of Lebanese, Maghrebi and spices from India and Iran. It is a kitchen characterized by having unique flavors and smells that are easy to recognize.

However, all these kitchens, despite having very different features, also have common ingredients and foods, such as the use of lamb, mint, thyme … and above all, spices, saffron, turmeric, cinnamon …

Despite using many condiments that season meat very well, this type of cuisine prefers vegetables such as aubergines, onions …

If we have to give an adjective to the culture of the Arab countries it is hospitality, since they see how to serve food to a guest as a kind of honor.

Beytna is a Jordanian food restaurant, characterized by unique flavors and aromas that make it possible for you to transport yourself to the Middle East from the Spanish capital. In addition, with a first class service they will make you feel at home.

Hence its name “Beytna” means our home in Arabic. They want their restaurant to be a meeting place for families and friends who eat around a table with top quality food.

As is typical of Arab food, the restaurant is wrapped in aromas of jasmine and freshly baked bread in its own wood-fired oven.

In its dishes, spices such as sumac that the Arabs brought to the Iberian Peninsula stand out. It is characterized by its intense red color and its acid flavor. Due to its acidity it can be used as a substitute for vinegar.

Tahini also has a great weight in Beytna’s kitchen, it refers to a paste made from ground sesame seeds.