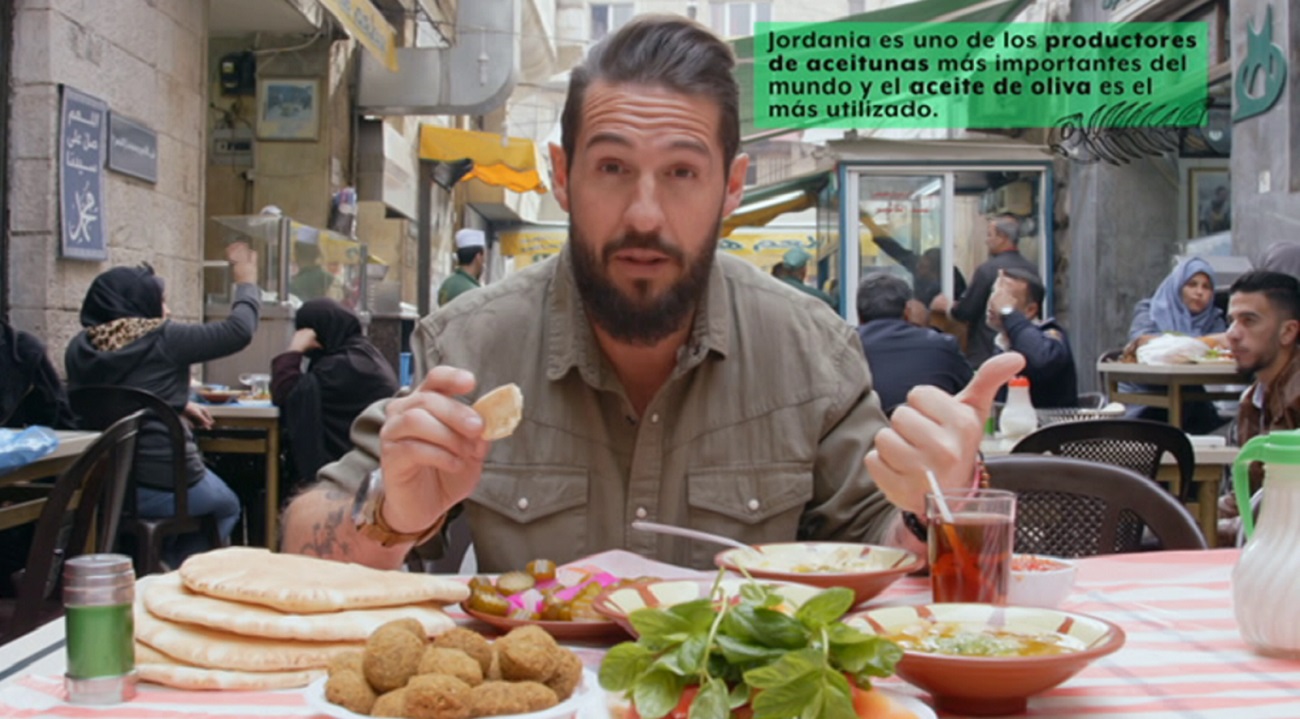 Jordanian Cuisine. Eating the World Moves to Jordan. The TVE program “Eating the World”, where chef Javier Peña travels around the world in order to show the essence of the cuisine of each country, arrives in Jordan.

During the program, Javier Peña takes a total immersion in the traditional cuisine of Jordan. Thus, it attends the preparation of the traditional Mansaf (rice with lamb) and the Maqlube, a typical dish on Fridays and very similar to paella. He also travels to the Wabi Desert to witness and taste El Zarb, a Bedouin roast baked in an underground oven.

At the end of the programme, the chef from Valladolid travels to Petra and prepares a dish full of Jordanian ingredients, such as kofta bi tahini (chopped meat with sesame) or fattoush (vegetables with spices typical of Jordan or sumac).

Javier García Peña, @penachef, is one of the most promising young Spanish chefs. His passion for cooking and travel has led him to star in this successful TV food show @comerseelmundo.

IF YOU WANT TO TRY AUTHENTIC JORDANIAN CUISINE IN MADRID, BOOK A TABLE AT BEYTNA RESTAURANT.

Beytna is conceived as a place to enjoy authentic Jordanian food, full of fresh ingredients, full of flavor and with traditional recipes that will surprise the most demanding palates.

This is a healthy meal. Vegetables are very present in different dishes and meat, chicken, lamb or veal, never pork, is treated before being cooked to eliminate fat and nerves.

The Arabic cuisine is a highly flavored, very aromatic cuisine, because to flavor the dishes use spices and herbs such as rosemary, basil, parsley or coriander.